Secondary Sources: What are they?

What are secondary sources in history?

Secondary sources are documents written by historians, typically long after the event or era, to help explain, analyze, or retell a historical event or era. They help shine a light and provide a particular perspective or interpretation. 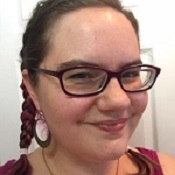 Primary Sources: What are they?

What are primary sources in history?

Primary sources are documents, objects, or artifacts that were created during the time or event being studied, or were created by someone who witnessed or participated in it after the fact, for example, a memoir. They allow us to get as close as we can to what actually happened during a particular historical era or event. They are the raw materials historians study to use as evidence in a historical argument.

*In later eras this may also include interviews, digital photos, videos, or social media posts.​​​​​​

Primary Sources: Where to find them